It is traditional for Northern Chinese families to spend New Year’s Eve making batches of jiaozi dumplings. They start to eat the dumplings after midnight and one lucky member of the family might find a coin inside their dumpling. This is similar to the British traditional of hiding a coin in the Christmas pudding. Yes, New Year’s Eve dumplings are really popular in China and a big part of the celebrations.

Wonton soup, or dumpling soup, dates back as far as the 7th century in China. These Chinese introduced these stuffed dumplings to Japan and actually the Japanese word ‘udon‘ which means noodle derives from the Chinese word ‘hun hun’ which means wonton. You can get varying thicknesses and shapes when shopping for wonton wrappers, which are made with flour, water and egg. The traditional size is 3½ inches on each side. 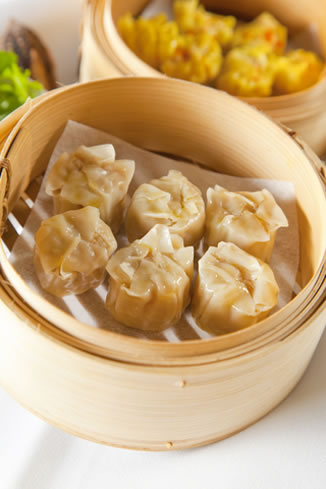 You can also get round ones which are suitable for making jiaozi or potstickers, as well as larger wrappers which are for egg rolls.

Thicker and extra-thin wonton skins might also be available in your local Chinese market. Don’t mistake Chinese wonton wrappers with rice-paper wrappers either. These come from Southeast Asia and Vietnam, are paper thin, and have a very different flavor.

Many recipes will not tell you to boil the wontons directly in the broth but instead to boil them in water and transfer them into the soup, claiming the texture of the wontons is better this way. You might wish to experiment since not everyone agrees with this.

You will know the wontons are done when they float to the surface.

If you are in a rush then it is possible to buy readymade wontons but nothing beats an easy homemade wonton recipe so it is always best to make your own whenever possible.

Get the Filling Amount Right

Don’t overfill your wontons. One teaspoon of filling per wonton wrapper is a good rule to follow. If you overfill them they might not seal properly.

Also, hot food expands so when your wontons are simmering in your soul, the filling is likely to part company from the wrapper and you can imagine how this would ruin your wonton soup.

It is not worth cutting corners in this way. If you have some filling left over, then you can save it for another use. Don’t overstuff your wontons!

This photo shows steamed wontons in a bamboo steamer. You can pick up such a steamer from most Asian food markets or kitchen supply stores and the small ones cost just a few dollars. In the photo the steamer is lined with parchment paper but you can use a cabbage leaf or lettuce leaf if you prefer, as that would be more authentic.

The reason for this is so the wontons or dumplings do not stick to the bamboo and break. Steamed wontons can be delicate, certainly a lot more fragile than the crispy fried kind.