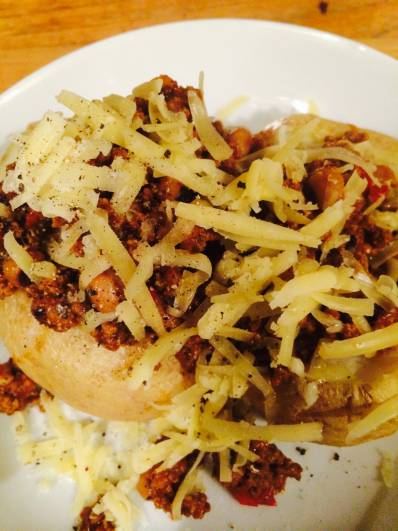 To sum up the answer to ‘what is Tex-Mex food’, Tex-Mex cuisine refers to primarily American dishes found in the state of Texas. This cuisine is a blend of American and Mexican foods. Some of these recipes might not be the same as the authentic Mexican version but it is still referred to as ‘Mexican’ in Texas. People in other states sometimes refer to Tex-Mex as ‘Southwestern’ food.

Tex-Mex is thought by some people to be the oldest original cuisine in the US. It was named in 1875 and began when the Texas-Mexican Railway was called Tex-Mex for short. This term was also used for Mexicans who were born in the state of Texas (they were also known as Tejanos). Actually more than 60% of the population of Texas has ancestors who were born south of the border, so it is no surprise that Tex-Mex recipes gained popularity so fast.

Written records of Tex-Mex food date back to the 1940s when Mexican and Spanish recipes blended with Anglo food, and the first Tex-Mex restaurant appeared in a part of the Southwest region with plenty of Mexican residents. Gourmet Tex-Mex dates back to the 1970s and was especially popular with the younger generation. So, what is Tex-Mex food? Now you know. 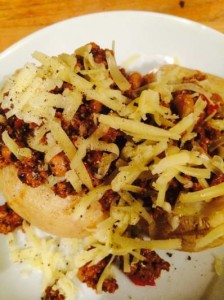 The main characteristic of this cuisine is the heavy use of meat (beef especially) along with beans and spices. Crispy tacos, nachos, chalupas, chili con carne, chili con queso, fajitas and chili gravy are popular Tex-Mex dishes and serving tortilla chips with some kind of salsa or dip is very Tex-Mex in style. Ribs and chili are also very popular.

Frijoles or beans are enjoyed daily – black beans, pinto beans, kidney beans and so on. They might be combined with meat or enjoyed as a snack or side dish. The can also be used to fill enchiladas or burritos. What is Tex-Mex food but a collection of wonderful ingredients.

Chili con carne is a dish that screams Tex-Mex and there are lots of recipes for it. This combination of meat and spices did not originally feature beans. After all ‘chili con carne’ translates into ‘chili with meat’ and that’s all it was. Adding beans often meant there was less meat in there, so they were not a popular addition to the dish.

What is Tex-Mex Food without the Meat?

Although not all of them, it’s true a lot of these dishes are made with meat. The word chicharrones refers to pork, which cabrito or machitos means goat, and there are plenty of dishes made from cattle, fajitas being an especially popular example. Morcilla is also popular, and that is a kind of sausage made with pig blood. Pickled meats and different types of soup are common.

Corn is used a lot, especially corn tortillas. Flour tortillas are also popular and those are easier to make and cook. Dishes made with tortillas include chilaquiles, tacos, enchiladas, chalupas, tostadas, and quesadillas. A lot of Tex-Mex dishes get their names from the Aztec language rather than the Spanish language, interestingly enough. So if you wanted to know more about what is Tex-Mex food, that is another interesting fact.

What’s with All the Cheese?

Cheese was added to the Tex-Mex diet because it was affordable and readily available. If a dish is covered in melted cheese the odds are it is Tex-Mex not traditional Mexican. Cheese is used in Mexican recipes but not in the same way. Head to a Mexican fast food restaurant and you will find a thick layer of molten cheese used to garnish most of the menu items. There’s nothing wrong with cheese but sometimes Tex-Mex cooks can be very heavy-handed with it. What is Tex-Mex food known for? Yes it’s cheese, or many people would assume so.

Sour cream, garlic, cilantro, chorizo, beans, avocado and chilies are found in many dishes, and the chilies range from mild to very hot. Jalapeño, ancho are habanero feature in Tex-Mex recipes. A lot of the dishes are easy to make and can be described as contemporary. Some dishes need more detail, such as bunuelos, casseroles and some chunky soups.

What is Tex-Mex Food: The Blending of Cuisines

This cuisine blends American Indian and Spanish cuisines with the cultural differences of Mexican American in West and South Texas. Think of Tex-Mex as ‘native foreign food’ because it does not exist elsewhere. It is rather like a mixture of Northern Mexican cuisine and Texan cowboy fare. Texans used to go to Mexican restaurants, eating the mixed plate or dish of the day. 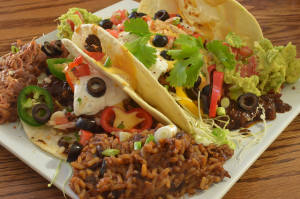 Mexican cuisine in the US became Americanized and the term Tex-Mex came into play. This was an insult to authentic Mexican restaurants in Texas, evoking images of cowboys, cantinas and the Wild West.

A lot of these Tex-Mex restaurants appeared in Paris, other parts of Europe, Bangkok, Abu Dhabi and Buenos Aires. Very soon everyone recognized tortilla chips, chili con carne and margaritas.

Traditional food shows strong cultural ties between Mexican and American cuisines in West and South Texas but there are cultural differences. Mexicans in South Texas enjoy tripitas (a beef intestine dish) but this is not popular in West Texas. Folks in the South also like fajitas, but head to the West and they are not so popular. Morcilla is popular in the West but not the South so much.

This cuisine is well loved in the South Central region which includes San Antonio and Austin. Many authentic Mexican dishes are available in Texas, but many have a Tex-Mex twist, so don’t expect the flavors to be the same north and south of the border. Each region puts their own spin on these classic dishes, and this is all part of the ‘Texas meets Mexico’ culinary experience. What is Tex-Mex food? You know all about it now!