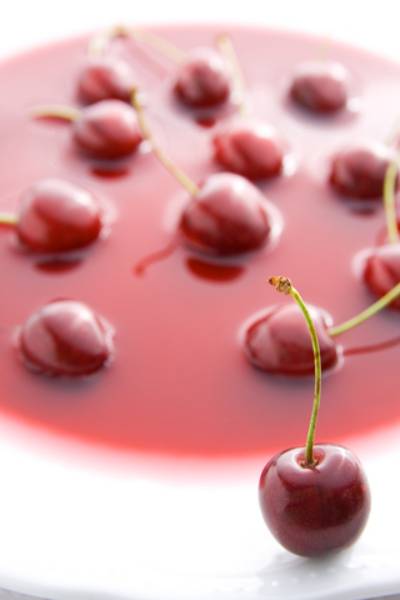 The following chilled cherry soup recipe features lemon and cinnamon to highlight the wonderful cherry flavor and lend a gourmet touch to this soup, while the flour thickens it up a bit and the sour cream adds a nice tang.

This chilled cherry soup recipe would be excellent as an appetizer or for dessert – whichever you like. It is light enough not to fill people too much before their main course. That is always something you want from an appetizer.

What is the point of filling people up so much they don’t want their main dish? You won’t have that problem with this.

The chilled cherry soup recipe is served cold, which means it is cooked them cooled to room temperature and finally chilled in the refrigerator.

The finished soup has a silky smooth consistency with the cherries being the only texture in there. It is hard to describe the magic of this soup – you just have to make it and see.

Fast and Simple to Make 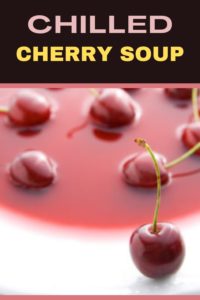 This chilled cherry soup recipe is a quick and easy dish to make and it is made in one pot.

Just add some of the ingredients to the pot and simmer for a while, then add the remainder and simmer some more.

There is nothing more to it than that, and this recipe is a good one for first-time dessert soup cooks to have a go at because there isn’t much which can go wrong.

Cherries are not one of the most common ingredients in soup, so if you are more familiar with chicken noodle soup or potato soup recipes, why not step outside your comfort zone and try this recipe?

It really is good and you will love not only how exotic it looks but also with the unique flavor. This is a make-ahead soup since it will keep happily in the fridge until you are ready to serve it.

Chilled soup is unusual and cherry soup is really unusual. This can be served as an appetizer or a dessert, and you will love how the cinnamon and lemon bring out the amazing cherry flavor.

This picture reveals how attractive our chilled cherry soup recipe is, and if you are wondering whether to make this dish then definitely go ahead. The flavor is fantastic and the cherries really come into their own.

Cherries are sometimes featured in appetizers but as no more than a garnish or afterthought. Perhaps a couple of them are used to decorate a salad. Or you might have some cherry halves on your shrimp canapés for example. But in this recipe the cherries are the definite star of the dish.