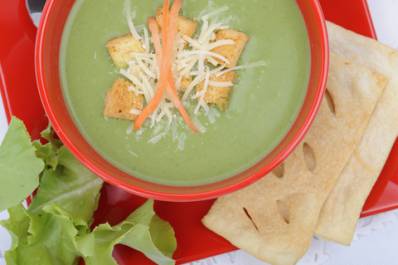 This cream of spinach soup is comparable to a vichyssoise which is a creamy French potato soup but adding spinach gives it a different flavor, as well as a distinctive color. This is lovely served with crackers or just with some bread on the side. The flavor is magnificent and this is one of the best things you can do with spinach.

An immersion blender is handy when making this cream of spinach soup because you can avoid pureeing it in batches in the blender, but if you don’t have one, that doesn’t matter too much.

Use fresh spinach in this cream of spinach soup recipe so you get the lovely fresh flavor. This makes a nice appetizer, lunch or light evening meal. The garnishes are up to you and you don’t even have to add one if you don’t want to.

Spinach is a really healthy ingredient to use. This edible flowering plant is low in saturated fat and  cholesterol. It is also a good source of zinc and niacin, as well as vitamins A, C, E and K, protein, folate, manganese, copper, potassium, phosphorus, magnesium, calcium, iron, vitamin B6, thiamin and riboflavin.

With that in mind, you might like to make this cream of spinach soup. The health benefits of this vegetable are huge, and the other ingredients work in harmony with the spinach to offer the most delicious flavor. Use vegetarian broth and bouillon cubes if you want to keep things vegetarian. If you don’t have Half & Half, use single cream or the local equivalent.

If you are a spinach fan, try potato and spinach knishes next! 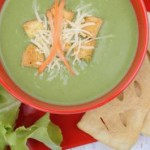 This cream of spinach soup includes potatoes, sour cream and butter, for a rich flavor. The green color is appetizing, and this is nice served with crackers on the side. 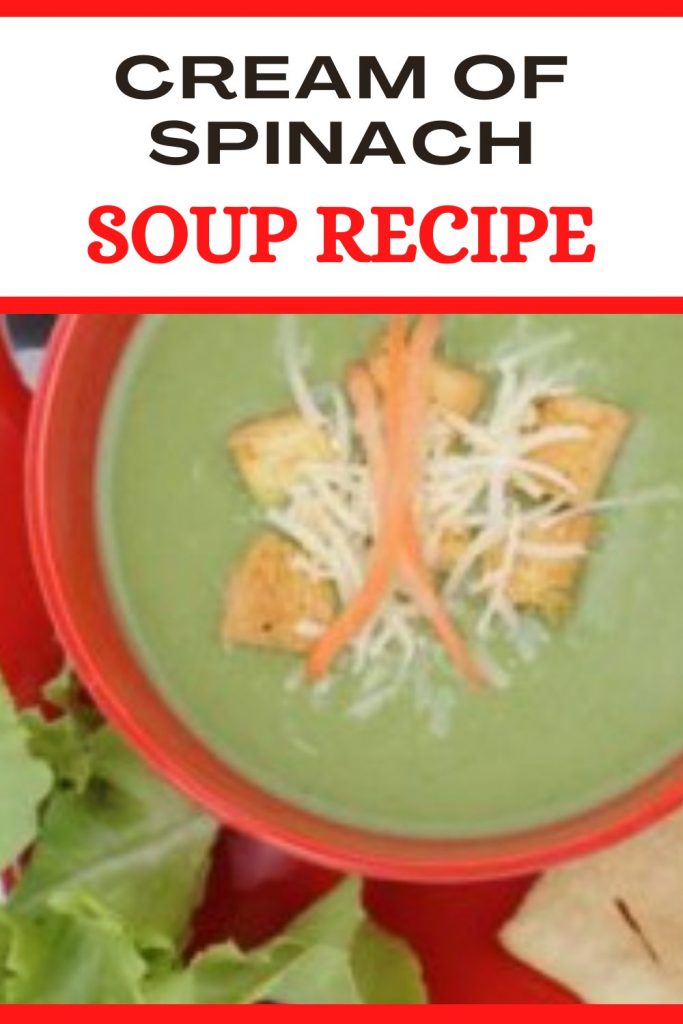