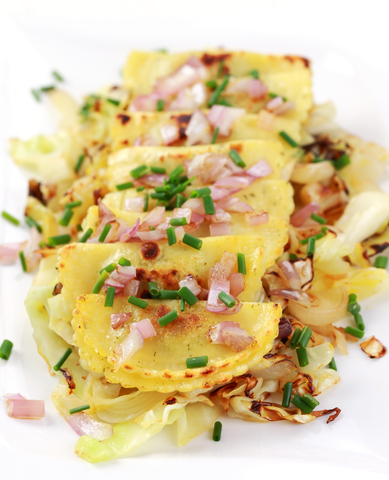 This potato pierogi recipe is one of my favorites, but what are pierogi exactly? Well, pierogi are unleavened dough dumplings which are boiled and then fried or baked in butter. They can be stuffed with potatoes, ground meat, fruit, cheese, sauerkraut, or something else. Pierogi are normally half moon shape but they can also be triangular or rectangular.

Not to be confused with pirog (Russian pies) or pirozhki (Russian stuffed fried buns), pierogi are small enough to be served several at a time, which is why the plural of the word is used when talking about them. These little snacks are popular in Russia, Ukraine, the Czech Republic, Lithuania, and some parts of Poland. A potato pierogi recipe is simple to make and they taste fresh and satisfying.

They can be compared to tortellini, wontons, Chinese dumplings, or anything made by stuffing a skin or wrapper made of dough then cooking it with the filling inside. There is something magical about these and many kids fondly remember Grandma making a huge batch of them and maybe being allowed to help.

Like other dumpling type recipes the more you make this potato pierogi recipe the easier and quicker you will be able to get them done.

What Do You Need to Make a Potato Pierogi Recipe?

In our potato pierogi recipe the pierogi are filled with a cheesy potato mixture which is really delicious. The dough is simple to make. For that we use egg yolks, potatoes, flour, shortening and cream of tartar. Once the dough is rolled out and cut into circles, you can add the filling, seal them and boil them in water.

This potato pierogi recipe should be done in about 5 minutes and all ready to cook. You can then either fry or bake them in a little butter, or else serve them as they are, perhaps sprinkling some chopped ham, chives and grated cheese on top for extra color.

Potato Pierogi: An Appetizer or a Side?

These little dumplings can be served as an appetizer or you can serve several of them with side dishes as the entrée. Because they are so small, they made ideal finger food when served warm (not too hot).

Once you have made this recipe you might want to try more easy pierogi recipes and you can adapt the filling we are using or else try new fillings. Pretty much anything goes as a filling in these little dumplings. If you’re a fan of both potatoes and comfort food, you might also enjoy these potato spinach knishes. 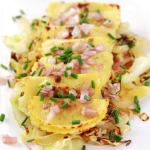 These little dumplings feature a homemade dough and they are filled with a delicious cheesy potato mixture for the ultimate appetizer. They are really more-ish and just one is never enough! 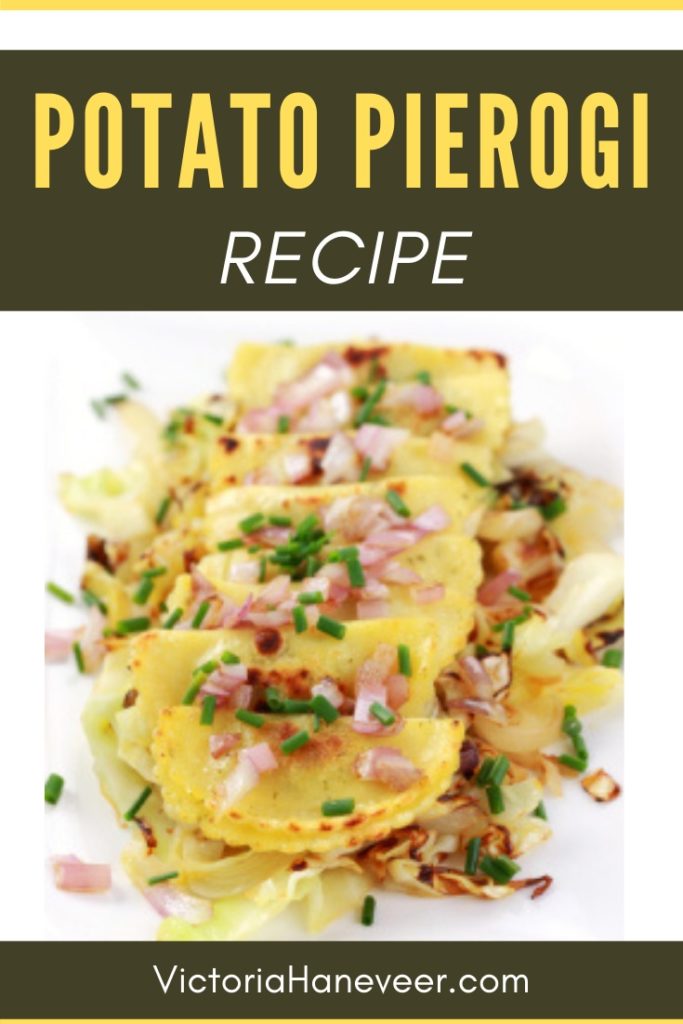