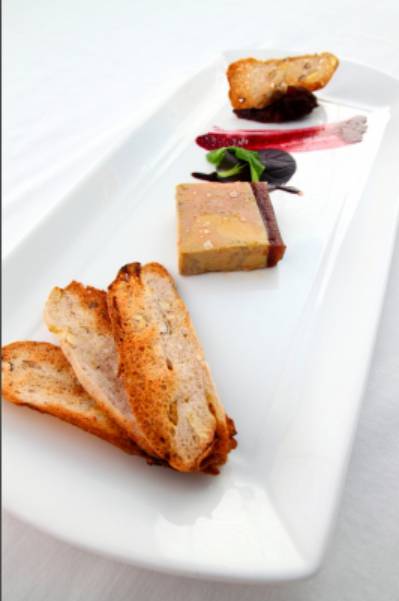 Let’s look at the most famous British starters (known in some places as appetizers). British food is considered by some non-Brits to be boring or stodgy. This couldn’t be further from the truth.

Great British starter recipes include such delights as prawn cocktail, brown Windsor soup, cheese and tomato tartlets, homemade pate and more. Learn more about famous British starters and you will be able to rustle up all manner of delicious fare.

In Wales you might find Welsh rarebit on the menu, which is basically grilled cheese on toast, but beer and Worcestershire sauce are used in the traditional recipe.

Scottish food varies as widely as Scotland itself does but Scottish soups like cock-a-leekie and Scotch broth usually go down well. Arbroath Smokies, which is smoked haddock, can be a delicious starter.

Irish potato pancakes are very tasty and soda bread with butter makes a good starter. Dublin Bay prawns are a great example of famous British starters and seafood is more popular today in Ireland than ever before.

Pear and blue cheese tart is an English starter recipe, as is asparagus with sauce, pigs in blankets (bacon-wrapped sausages) and vegetable frittata.

Famous British Starters: What to Make

Because starters are served before the main course, they often contrast with whatever is being served. This is not something you have to do though. If you want to serve seafood for the starter and for the main course too, then why not?

You could serve a classic British prawn cocktail recipe to begin, then a baked cod dish for the main course. As long as everyone likes fish, there wouldn’t be any problem with doing that.

British starters have changed a lot in recent times, being influenced heavily by exotic international dishes, but the classic British recipes live on.

Some dishes might be seen as “retro recipes” now but these can be enjoyable to make and either kept as they are or given a modern twist. Parma ham draped melon was popular in the 1970s but it’s still great today!

Nothing wrong with a retro throwback appetizer! You might want to consider canapés instead of pineapple and cheese on toothpicks though!

You can use Asian spices on a simple salad dish or serve chili sauce alongside something plain-flavored.

Use your imagination and creativity to breathe new life into old British favorites or introduce some new and exiting international flavors. 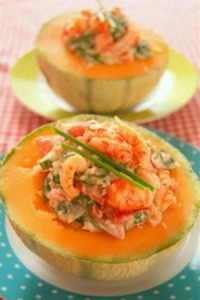 Starters are not an essential part of the meal, especially if you are serving casual fare, but if you want to host a dinner or go all out to impress your guests then you should really offer something before the main course comes out.

Now this doesn’t have to be anything elaborate, and you can even serve something chilled you made earlier in the day, such as a prawn cocktail or Parma hap draped melon boat, or something similar. A chilled soup would also work.

If you prefer to serve something hot then you can have it baking in the oven while your guests are arriving and then they will have the tantalizing smell to intrigue them.

You do not have to be hosting a dinner party to serve starters either. Perhaps you want to serve them to your family.

If you want to get your brood eating more vegetables you might like to serve a vegetable soup before the main dish, or some kind of salad.

If you are serving an Indian meal you might like to have poppadums and mango chutney as a simple starter.

What about if your main meal has come out smaller than you expected and you are worried there won’t be enough to go round? Simple. Just make a basic starter recipe and people will be partially full by the time the main dish comes out!