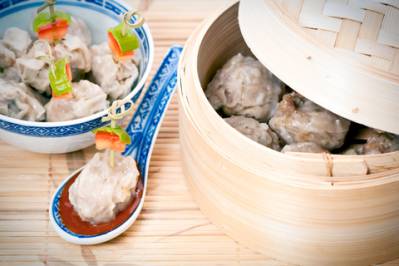 A wonton, which can also be spelt wanton, wuntun, won ton or wantan, is a type of Chinese dumpling. Wontons are made by wrapping your chosen filling in a wonton wrapper and then molding the wonton into the shape you like.

You can dip your fingertip into water to moisten the edges of the wonton wrapper before sealing it – this helps it to stick better and stay closed, because the water dissolves the extra flour.

Make sure you squeeze all the air out of the wonton, else it might rupture because of the internal pressure from the trapped air. What are wontons? Well they’re one of the most delicious little snacks to come out of China and there are lots of different shapes, fillings and varieties to choose from. They are easy enough for the home cook to master in next to no time.

These little treats are sometimes deep-fried or steamed but they can also be boiled and served in soup. Triangles are the most common wonton shape and you make these by folding the wonton wrapper in half and pulling the two opposite corners together. Then you can pan-fry them like potstickers, although deep-frying, steaming and boiling are other options.

Another shape can be made when you fold all four corners together and this shape often features in wonton soup recipes. Yes another variation is made by only adding a tiny bit of filling and sealing the wrapper into an uneven squashed shape. These are often served in soup with condiments like sesame oil, pickles or cilantro (coriander leaves).

A Key Part of Chinese Cuisine

Every Chinese region has its own wontons. Minced pork and shrimp ones are commonly combined with thin noodles for a wonton noodles recipe, or you can eat them with red vinegar. The soup for this dish is made with pork bones, shrimp shells and dried flounder, all of which are boiled in water, along with a pinch of MSG to bring out the flavor. 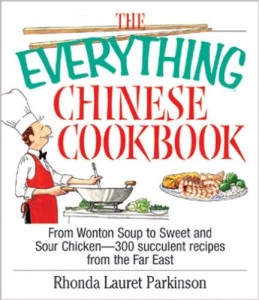 Semi-pentagonal won ton recipes are popular in Sichuan, usually served with chili oil sauce and sesame paste. In Shanghai the wonton filling is often bok choy (pak choy) and minced meat and the wontons are served in chicken soup.

‘Three delicacies wonton’ is one of the more famous ones though and this contains shrimp, fish and pork, as well as other ingredients and seasonings. Wonton soup and wontons are both popular in Ningbo cuisine and both are filled with shrimp and pork. They are served in a clear broth and as an appetizer in North American Chinese cuisine.

The Everything Chinese Cookbook, on Amazon (Kindle or Paperback)

The appetizer is made by frying unfilled wontons and they are dipped in Chinese mustard or duck sauce. Some might contain a crab and cream cheese filling, which is known as crab Rangoon. Wontons in Canadian Chinese cuisine are filled with pork and served in a clear chicken broth with vegetables and spaghetti-like noodles.