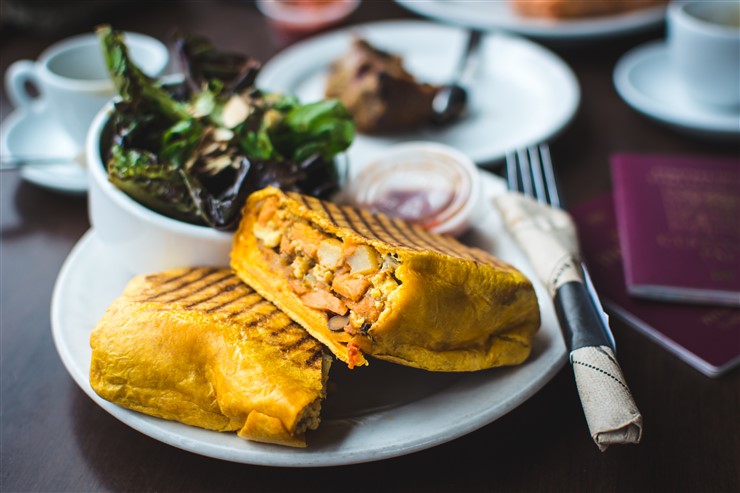 A beloved Mexican and Tex-Mex food, a burrito makes a great lunch, dinner or snack. And this is the best breakfast burrito recipe I ever tried! One modern trend is all about presenting this hearty delight first thing in the morning and calling it a breakfast burrito. Si, por favor!

So you can have your breakfast all rolled up neatly burrito-style. A breakfast burrito recipe will contain typical breakfast ingredients like potatoes, bacon, eggs, mushrooms, whatever else you like. These fillings will be hot and cooked, enclosed in a soft flour tortilla.

Order a regular burrito in Mexico and you can expect meat and refried beans to be your typical filling. Head north of the border into the US though and you will find a wider variety of fillings like rice, beans, lettuce, salsa, cheese, sour cream, guacamole and, where breakfast burritos are concerned, even bacon, eggs and hash browns – hey, why not!

The word burrito translates from the Spanish to mean ‘little donkey’ and it is thought the name comes from the look of the bedrolls and packs donkeys used to carry. Try this best breakfast burrito recipe when a bowl of cereal simply isn’t enough to prepare you for the day ahead. 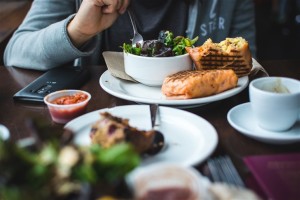 In the north of Mexico, burritos are traditional and you can get them from roadside stands or restaurants in many places.

A traditional Mexican burrito will be small and thin, and consist of a flour tortilla wrapped around just one or two ingredients, one of which is likely to be meat or fish, and the other could be some type of cheese, chilies or beans.

A breakfast burrito is a Tex-Mex or American invention. It is especially popular in New Mexican cuisine, Tex-Mex cuisine and also Southwestern cuisine. Chorizo, bacon or steak might be in there, along with scrambled eggs, potatoes or hash browns, and maybe even onion or cheese.

A Mexican café in Santa Fe, New Mexico, claims to have invented the original breakfast burrito back in 1975, adding bacon and potatoes to a rolled flour tortilla, and serving chili and cheese on the side. The McDonalds breakfast burrito came out in the late 1980s and various fast food joints were offering this snack by 1990.

Not everyone has time to make a hot breakfast from scratch every morning so it’s nice to find the best breakfast burrito recipe which you can make in bulk and freeze in individual portions. And it freezes well too!

Just freeze them on a parchment-lined baking sheet until frozen, then transfer into a freezer bag. These will keep for up to 12 weeks frozen. Rewarming them is easy. Just wrap each one in a paper towel and microwave for 2 minutes or until warm in the center. 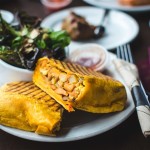 Instead of having your favorite breakfast ingredients separately on a plate, why not wrap them in a flour tortilla? This will make a delicious Tex-Mex style breakfast burrito, to start your day on a perfect note.