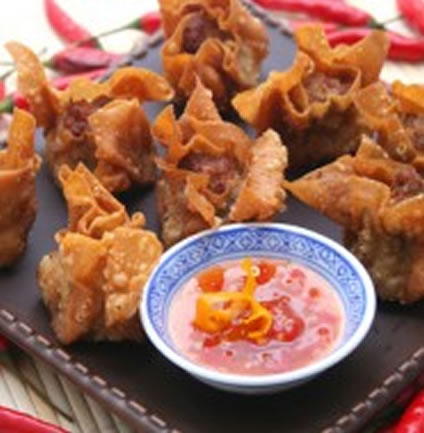 From trial and error, I have found that if you let the package thaw at room temperature until you can peel a few off the top without breaking any, then pop the unused ones back in the freezer, that works well. Alternatively you can thaw them all, make wontons and then freeze the wontons.

It all depends on the wonton recipe you want to make, but sometimes if you are taking the trouble to make wonton recipes, it is a good idea to double, triple or even quadruple the recipe. That means you can freeze the wontons after you have stuffed them. After that, just thaw them and toss them in broth or steam them for a quick meal in the future.

If you are making frozen wonton shrimp, beef, pork, vegetables and various other ingredients will freeze well. 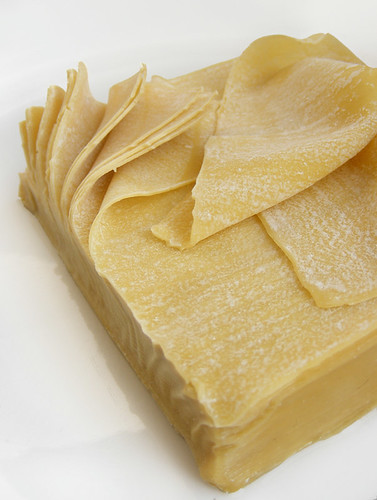 So how long can you freeze wonton wrappers? I usually buy mine frozen and there is a date printed on the package saying when they have to be used by, so just go by that. If you buy them fresh (or make them) then you can freeze them for up to a year.

One very good wonton tip is, if you freeze wontons after you have made them (filled them) you have to let them thaw in the refrigerator before you fry them. Else they will just fall apart, and of course that means all the filling will come out!

Also, the ice crystals on the wontons might react with the oil causing spattering.

If you plan to boil or steam them though, then you should just drop the frozen wontons into the bubbling water or broth or steam them in a steamer until they are done.

They will take a few minutes longer than if they were fresh. Another idea is to bake them at 375 degrees F for 10 minutes or until they are hot and crispy. You can do this from frozen.

So you know how to freeze wonton wrappers. How about refrigerating them? Well wontons can also be kept in the refrigerator for several days after you make them (depending on the filling). But the longer you store them, the more brittle they become, so it is a good idea to freeze any you are not going to cook immediately or within a day or so.

I usually make only enough as I need but in the interest of saving time in the kitchen, making extra and freezing them is a good idea because the next wonton meal is going to be quicker to prepare! 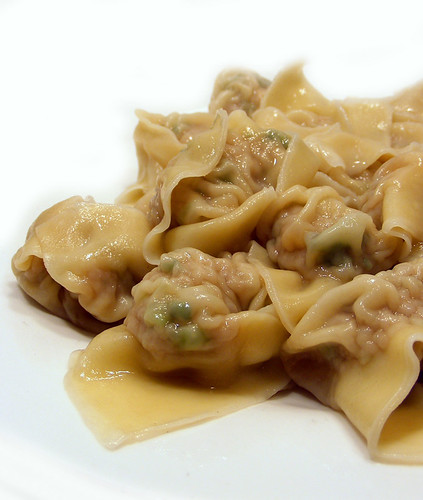 How to Freeze Prepared Wontons

The simplest way to freeze your wontons is to arrange them in one layer on a sheet pan, then freeze them, and then you can transfer the frozen wontons into a big Ziploc bag.

What to Do with Leftover Wonton Wrappers

If you find yourself with a few wonton wrappers left over after you have used all your filling, you can either refreeze them, refrigerate them for up to a couple of days, or reuse them. Knowing how to freeze wonton wrappers is handy info to have.

What about dessert wontons? Consider filling them with Nutella or jam and frying them, then sprinkling powdered sugar over the sweet wontons before serving. This makes a wonderful dessert, especially when served with a scoop of vanilla ice cream.

If you are going to keep them in the refrigerator though, you will need to use them within a couple of days. Else they are going to dry out, so put them on a plate and cover it with plastic wrap to keep as much moisture in the wonton skins as possible. If you don’t think you are going to use them, then it’s best just to freeze them for your next wonton recipe.

And if you are making savory wontons as your appetizer and looking for a nice idea for a main course, then how about chili con carne with cornbread? The wontons will whet your appetite so much that chili is always great after!