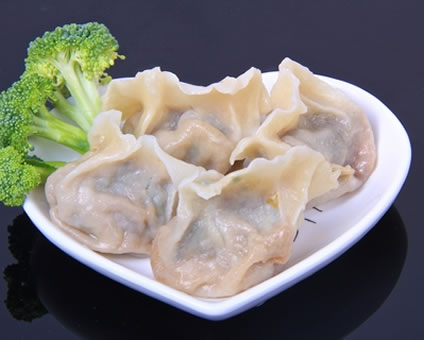 Dim sum, which translates to mean ‘to dot your heart’ refers to small dishes eaten as snacks. These can be baked, deep-fried, steamed or braised, and they are presented well and delicious too.

The serving size is small and you usually get three or four pieces in one dish. Dim sum are eaten with a cup of tea, a bit like how we might have cookies with a glass of milk or the Spanish might opt for hot or chilled tapas with their beer in the afternoon. Dim sum is ordered family style so everyone can share the delicious little snacks and taste as many different kinds as possible.

When Chinese cookbooks call for wine to be added to a recipe, they are usually referring to what they call ‘yellow wine’. Shaoxing wine is one of these but there are others. Dry sherry can usually be used instead, if you do not have any. Yellow wine is seldom used in Taiwanese cuisine though. Instead a locally-produced clear wine is used. Various types of dim sum including cooking wine. 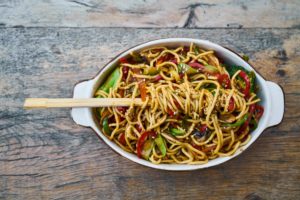 Shaoxing wine is fermented from rice and originates from Shaoxing, a province in Eastern China’s Zhejiang region. It is used as a beverage and cooking wine and is internationally known.

This wine has been produced since the times of the Dynasties. Large quantities are made and stored in the wine container for a long time. This wine is sometimes considered to take the place of rice at the start of a meal, although some dim sum might be offered alongside.

Some families drink this wine out of their rice bowls. Women do not usually drink very much, as it is thought to be unbecoming. Instead they will delicately nibble on dim sum. This wine is a key ingredient in braised pork belly with mushrooms and scallion greens. It is also used in recipes like drunken chicken, drunken crab and drunken fish.