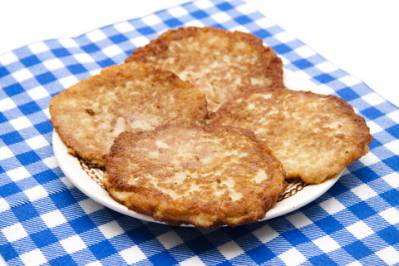 Spicy potato cakes go beautifully with any poultry, meat or fish dish, as an alternative to hash brown, boiled or mashed potatoes, or even rice, pasta or other starchy sides.

Something else you can do with these spicy potato cakes is serve them for breakfast, perhaps with fried eggs, mushrooms and a sausage or some bacon strips. They are also nice served as a snack with sour cream on top.

The spicy potato cakes recipe is Indian influenced, and a lot of Indian dishes feature spices. Adding spices to something doesn’t mean the taste has to be fiery hot. Instead you can add a fragrant, aromatic touch by carefully selecting which spices you want to use.

Use leftover mashed potatoes to make these spicy potato cakes. Thick ones are better, so don’t add too much milk, cream or butter to your mash if you think you will have some left over to make this.

If you only have thin mash, just add some flour to it to thicken it up. Too loose and the potato cakes will break in the pan which is not what you want to happen.

This spicy potato cakes recipe features paprika, cumin and cayenne pepper, to add a nice trio of flavors to the potatoes.

Some egg helps to hold the potato mixture together while cilantro adds another fragrant accent to the overall flavor. Feel free to alter which spices you use, swap the cilantro for parsley or make any other changes you want. 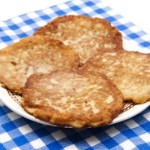 These potato cakes are made with mashed potato, spices and eggs, and they are lovely served with chicken, meat or fish. They would also work instead of hash browns with breakfast.

If you enjoy that recipe and want to see something similar in video form, you might like to take a look at this video recipe for potato patties. The end flavor is similar but the technique is different. Instead of leftover potatoes whole raw ones are used in this recipe and the seasonings are different.

After watching you can take your pick which you would prefer to make. Is your mouth watering yet? If not it soon will be! 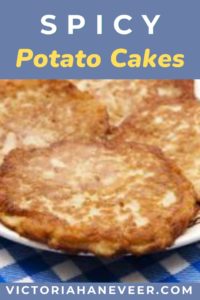