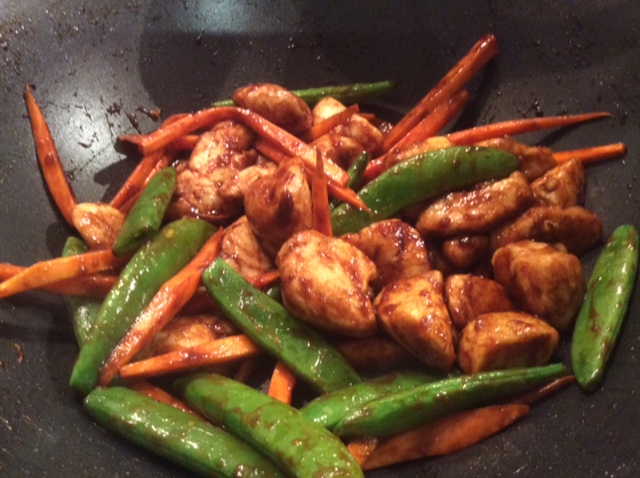 American Chinese cuisine is fusion food. It was initially designed to make authentic Chinese food more acceptable to Western palates. Chinese eateries began to appear in the 1800s in San Francisco. They first catered to Chinese immigrants, and then to miners and railroad workers. This is the history of American Chinese cuisine.

Local ingredients were used and cooks adapted Chinese recipes to suit the Western taste. Chinese people were excluded from many jobs at this time by lack of fluency in English or by racial discrimination, so many worked in Chinese restaurants or Chinese laundries.

Traditional Chinese cuisine emphasizes vegetables in the entrees rather than serving them as side dishes. Traditional Asian vegetables like kai-lan and boy choy are used plentifully. Deep-frying, pan-frying and stir-frying are used in American Chinese cuisine, and some ingredients are not used in the authentic dishes.

For example, Chinese recipes use Chinese broccoli, not western broccoli. Onion (except green onion), broccoli and carrots are not used in many Chinese dishes, nor are tomatoes. Cheese and milk are not used in Chinese cooking either – only in some American Chinese cuisine recipes.

Many Chinese chefs consider this cuisine to be a “dumbed-down” version of the real thing, mixing up foods from different regions of China, or offering fried vegetables with chicken or beef in a thick sauce, or Americanized chop suey.

What are Some American-Chinese Dishes?

You can find authentic Chinese restaurants if you want an authentic experience, specializing in Sichuanese, Hunanese, Cantonese, Shanghaies, Hong Kong, and Taiwanese recipes.

Make Your Own Traditional Recipes

There is another way to ensure you are getting authentic Chinese food instead of American Chinese cuisine, and that is to make your own. Although you will find non-traditional recipes like crab Rangoon wontons or deep-fried dessert wontons here, you can also find plenty of authentic treats. Some of the American Chinese wontons and creative wonton ideas are just too good to leave out!