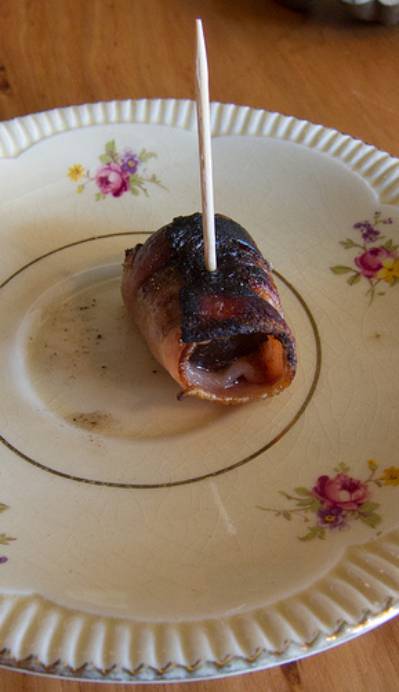 This is a quick and easy recipe if you only have a few minutes or if you find you have more guests than you thought! Have you made a devils on horseback recipe before? You will find it’s easy! As long as you have the livers, you will almost definitely have the other ingredients to hand too because you only need bread, spices and some bacon. This is a great recipe to use as an appetizer and everyone who likes meat will enjoy it.

Devils on horseback might conjure up a strange image until you realize this is the name given to bacon-wrapped sausages or another kind of bacon-wrapped meat mixture. Yep, that’s all a devils on horseback recipe is. No horses involved. Or devils! Serve these alongside your Christmas dinner or offer them as finger food. They are always good.

Nostalgic for some, this is a recipe which might have made an appearance at a special occasion such as Christmas or at another time, and stayed in your memory because of the special flavor. Simple yet delicious and offering a hint of spiciness, this recipe is always worth making.

Chicken livers are wrapped in bacon and presented on hot buttered toast strips. Add a pinch of cayenne, paprika and black pepper to add some ‘devilment’ to the dish and liven up the flavor. 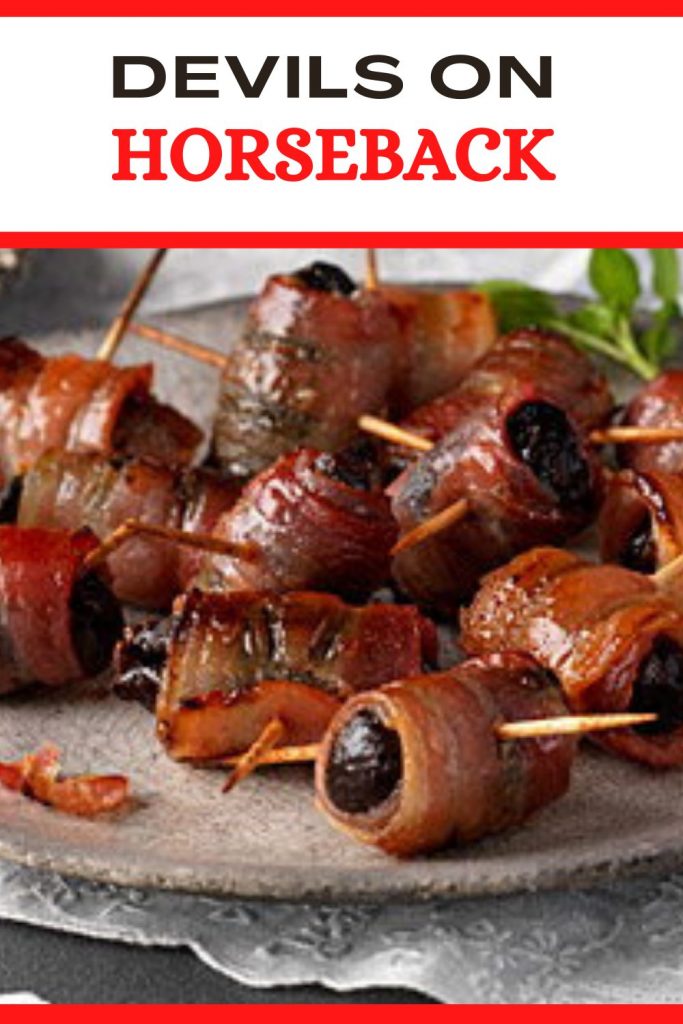