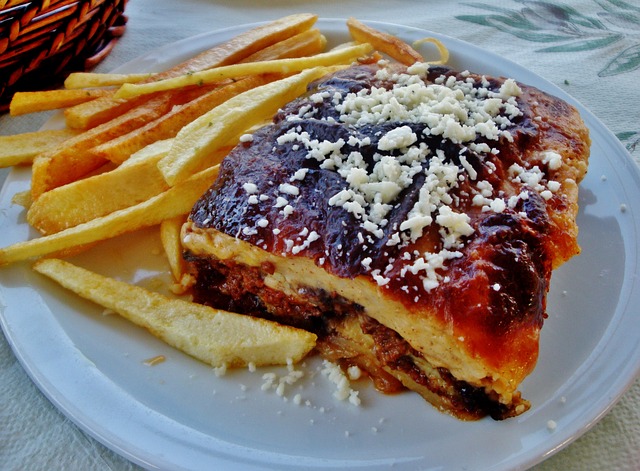 I have to say this moussaka with potatoes and eggplant is one of my absolute favorite dishes. Moussaka is popular in countries of the former Ottoman empire. There are lots of regional and local variations. This dish might be made with potatoes or eggplant, or both, and usually with ground lamb too.

Moussaka is eaten cold in Arabic countries, sautéed and served casserole style in Turkey, and layered and served hot in the Balkans. A lot of moussaka variations have an egg-thickened milk sauce on top, or a béchamel (flour-based) sauce.

Moussaka with Potatoes and Eggplant: Origin of the Word Moussaka

The word moussaka comes from mousakás, a Greek word, which came from the Turkish musakka and the Arabic musaqqa’ah, meaning chilled. The dish is usually based on ground meat, sautéed eggplant and tomato. 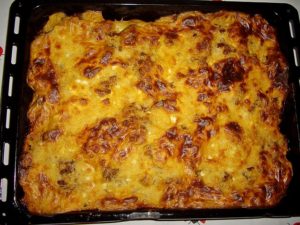 Once prepared, the moussaka is baked in the oven until the béchamel sauce layer browns. It’s best to let it cool a bit before cutting in to squares and serving.

This is because if you slice it hot, the squares tend to fall apart instead of holding their shape. This doesn’t happen when you reheat it afterwards.

Moussaka with potatoes and eggplant is my favorite but some moussaka recipes are made with other vegetables instead of the eggplant. You might find mushrooms, zucchini or potato slices in there.

Some recipes don’t have the sauce on top and there is even a vegan version in Greece using vegetables, breadcrumbs and tomato sauce. The ground meat is swapped for extra eggplant. Moussaka with potatoes and eggplant can be tweaked however you wish.

In Turkey, sautéed eggplant, tomatoes, onions, ground meat and green bell peppers are combined (not layered). It might also have potatoes, carrots and/or zucchini. Potatoes are more popular than eggplant in the Balkans, and the meat might be beef or pork. A milk or yogurt mixture goes on top.

More Ways to Make It

Potatoes, eggplant or cabbage might be used in the Romanian version of moussaka. Breadcrumbs might be used on top. In Egypt the dish is made with layers of eggplant in tomato sauce and ground beef. Although this can be served hot or warm, it’s usually chilled for a day or two to enhance the flavor before serving. So if you’re ready to make this moussaka with potatoes and eggplant recipe, let’s take a look at how it’s down.

Moussaka with Potatoes and Eggplant 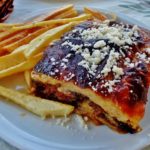 This Greek style moussaka is really tasty and fresh. It freezes beautifully so why not make a big batch? We are using eggplant, potato, tomatoes, herbs, cheese and more, to make this yummy dish.

For the Bechamel Sauce

You can cut the cooled moussaka into individual portions and freeze them double-wrapped in foil. Thaw overnight in the refrigerator then reheat in the oven or microwave, and serve with green salad on the side for a speedy, easy dinner. 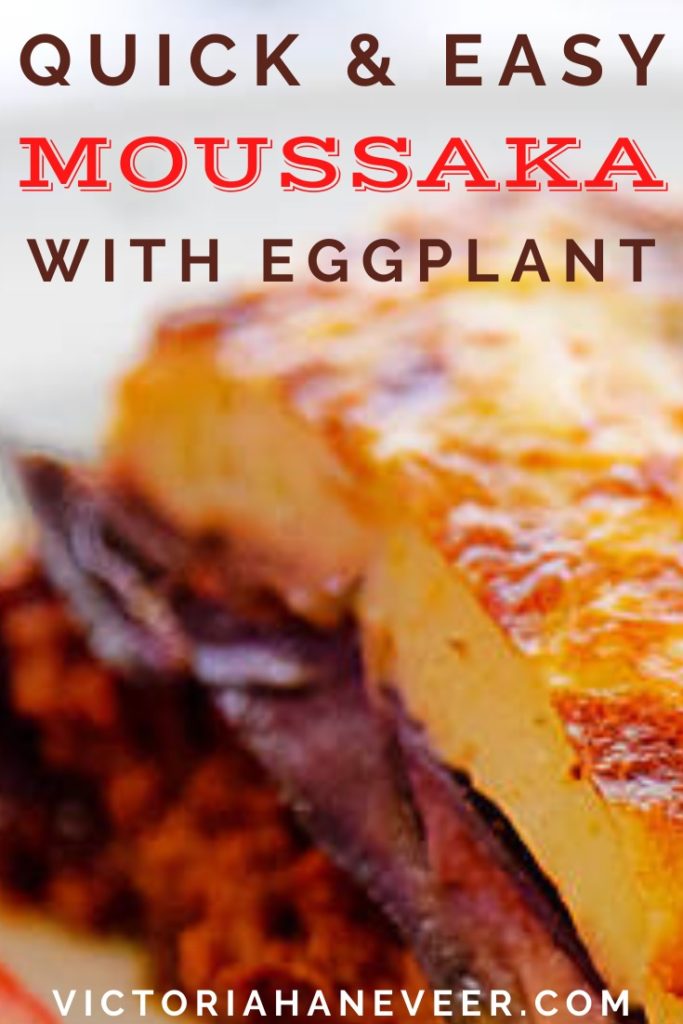