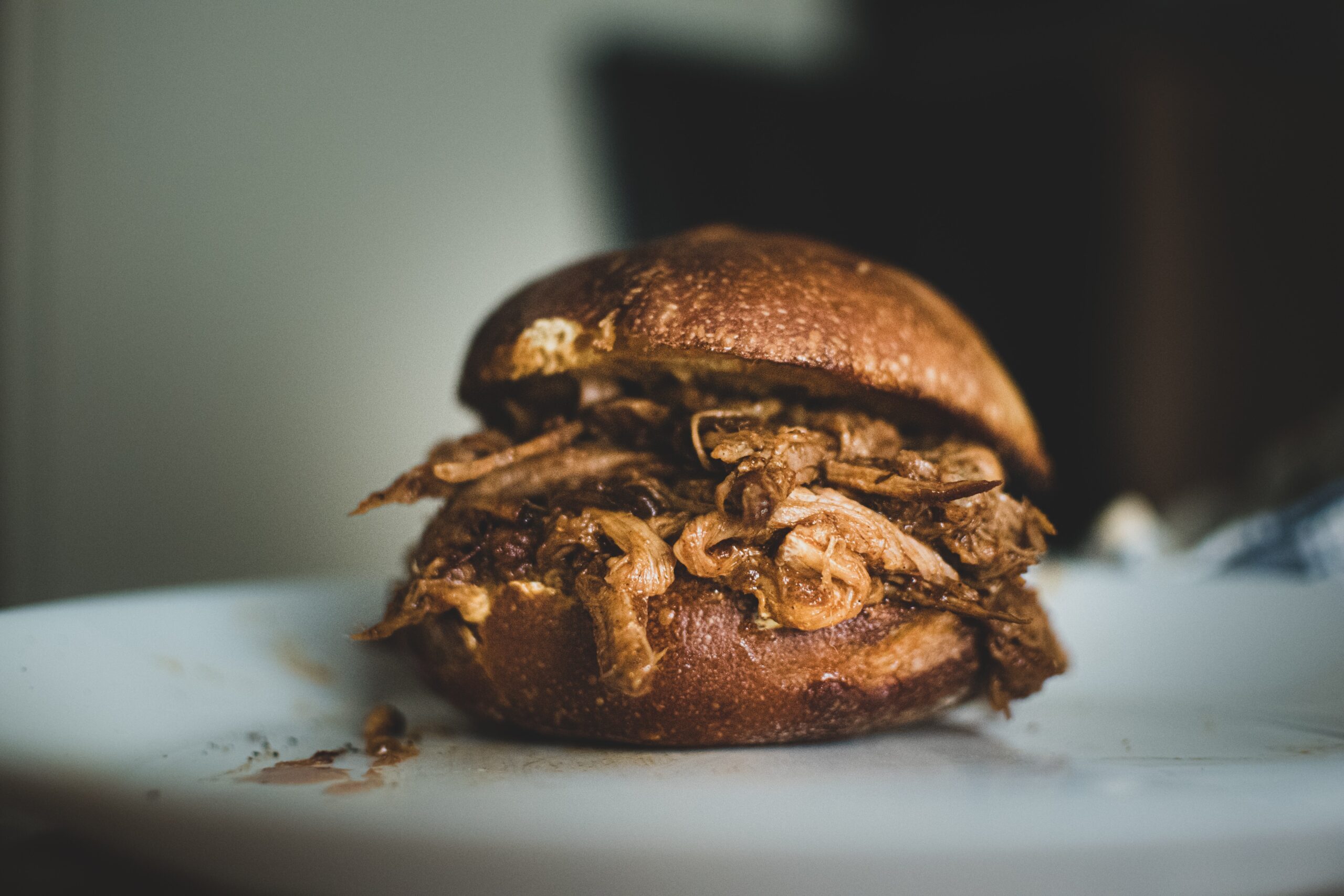 Pulled pork slow cooker recipes or pulled pork crockpot recipes are popular for a reason – actually more than one reason!

They’re simple to make and are often a case of throwing the ingredients into your slow cooker or Instant Pot with the slow cooker setting and leaving the machine to work its magic.

Pork is still comparatively cheap (well, compared to some other proteins these days!) So try one of the following pulled pork slow cooker recipes and experience the amazing flavor of this tasty dish.

Using a slow cooker is one of the simplest ways to cook pretty much any kind of pork cut, so get yours out, grab some pork and get ready to make a delicious pulled pork crockpot recipe. Once the pork is tender you can easily ‘pull’ it with a pair of forks and then proceed with your pulled pork slow cooker recipe.

South of the Border Pulled Pork 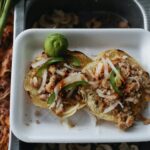 If you prefer your crockpot recipes to have a bit of a kick, this is one of the best crockpot meals for you. The green chilies spice up this pulled pork recipe and the cumin, oregano and cinnamon add flavor.

This delicious pulled pork is great served with split buns or tortilla wraps and you can serve a salad on the side or some homemade coleslaw, which will contrast nicely with the spicy flavor of the pork.

Some pulled pork crockpot recipes will call for clove-studded onion slices or BBQ sauce but this recipe has a south of the border feel, using chilies, oregano, cilantro and other typical Mexican ingredients, which give the pork a mouthwatering flavor without making it too spicy to enjoy.

The following dish takes about 9 hours to cook to perfection. The exact time depends on your slow cooker and also on the dimensions of the pork roast itself.

Letting it cook for slightly longer, when it is done, won’t do any harm, so if you are expecting company but aren’t sure of the exact time, this is a good meal to make, as long as you remember to start it early enough in the day so it’s ready by dinnertime.

You can make sandwiches with this or serve it with some homemade coleslaw or potato salad. 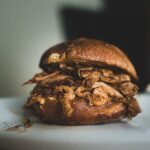 Pulled pork crockpot recipes are great because they are usually simple to make. The pulled pork goes beautifully with the BBQ sauce in this crockpot recipe and the cloves and onion give a delicious flavor.

If you are using a very thin BBQ sauce in this pulled pork crockpot recipe you can use less water but if it is a thick sauce, use all the water stated in the ingredients and check it often to make sure it is not drying out.

This pulled pork recipe is nice served with homemade coleslaw either on the side or in the bun with the pork, but you can serve it with a green salad instead if you like.

You can serve this pulled pork recipe however you like and for any occasion. Kids usually love it so it might be nice as a weeknight dinner or even if you have friends coming over at the weekend.

You can make a big pot of this and let people help themselves to buns, salad and pulled pork. If you are eating outside, paper plates and plastic cutlery make cleanup easy and the pulled pork crockpot recipe is already easy!

Photos from Unsplash and Pexels