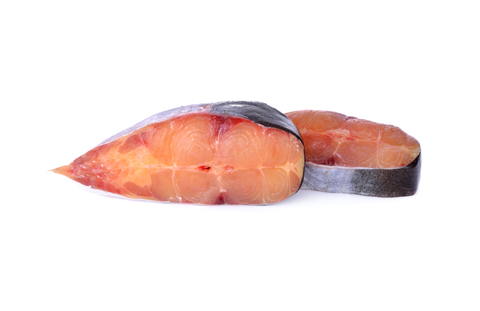 What is swai? Swai fish, also known as panga, pangasius, swai catfish, basa fish, basa catfish, iridescent shark, and more, seems to appear on more and more restaurant menus. Actually it’s probably better to say it does NOT appear on menus. Instead you will see the dubious-looking ‘fried fish’ or ‘fish taco’ or whatever style it’s cooked in without mentioning what kind of fish is used.

If you’re in a cheap restaurant it is more than likely the ‘fish taco’ is going to be swai catfish, basa seafood or whatever you want to call it. If it was cod, halibut or hake, the menu item would specify this is the case. I mean you wouldn’t go to a steak restaurant and order a ‘steak’ without specifying what kind you liked.

The whole issue with swaifish though isn’t just how it tastes (pretty bad, according to many) but how safe it is to eat.

The truth is this: basa swai can be heavily contaminated with a variety of toxins. So while you might want to save a couple dollars by subbing striped pangasius or swai for salmon, cod or another fishy favorite, you might not be doing your body (or taste buds) any favors.

What is Swai Basa Catfish Anyway?

First of all let’s go back to the beginning and take a look at what swai or pangasius actually is. The fish is white-fleshed and has a flaky texture and somewhat mild taste. It’s low in fat and cheaper than most (or all) other types of fish.

How Swai Fish are Raised

The basa white fish is ‘raised’ in overcrowded fish farms where antibiotics and chemicals are excessively used. Basa is often mislabeled and sold as a higher value fish.

This fish is native to Southeast Asia’s Mekong River. It’s related to the Mekong giant catfish but is a much smaller version, although a swai can still be up to 97 pounds.

Although this type of fish used to be a plentiful food source for those living along the Mekong, today it’s on the IUCN Redlist of threatened or endangered species. 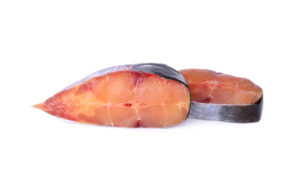 Why are Swai Fish Popular?

Basically it all comes down to price. Compare paying $82 for 15 pounds of US-raised catfish to paying $34 for the same weight of basa or swai.

With many restaurants still recovering from the impact of shuttering during the pandemic, it’s a no-brainer they are going to choose the cheaper option if the customers don’t seem to dislike it.

Today these fish are grown in huge fish farms rather than caught in the wild in the actual Mekong River. Vietnam alone exported over $828,000 million of these fish in June and July, 2011, just to put it all into perspective.

How Does Swai Taste?

This type of fish is mild and moist. It seems to just take on the flavor of whatever you’re cooking it in or with.

Since the quality of imported basa or swai catfish varies so much, it does raise some health concerns, especially when you consider a lot of these swai farms are pumped full of chemicals and antibiotics which simply end up in the flesh of these fish.

Swai, basa, pangasius, whatever name you prefer, you will have your own opinion on this fish. I’ve tried it since it’s so cheap and I kept an open mind, but it seemed to have a mushy texture and a ‘dirty’ kind of taste. I’d rather pay more for catfish, salmon or another fish and just have a smaller portion.