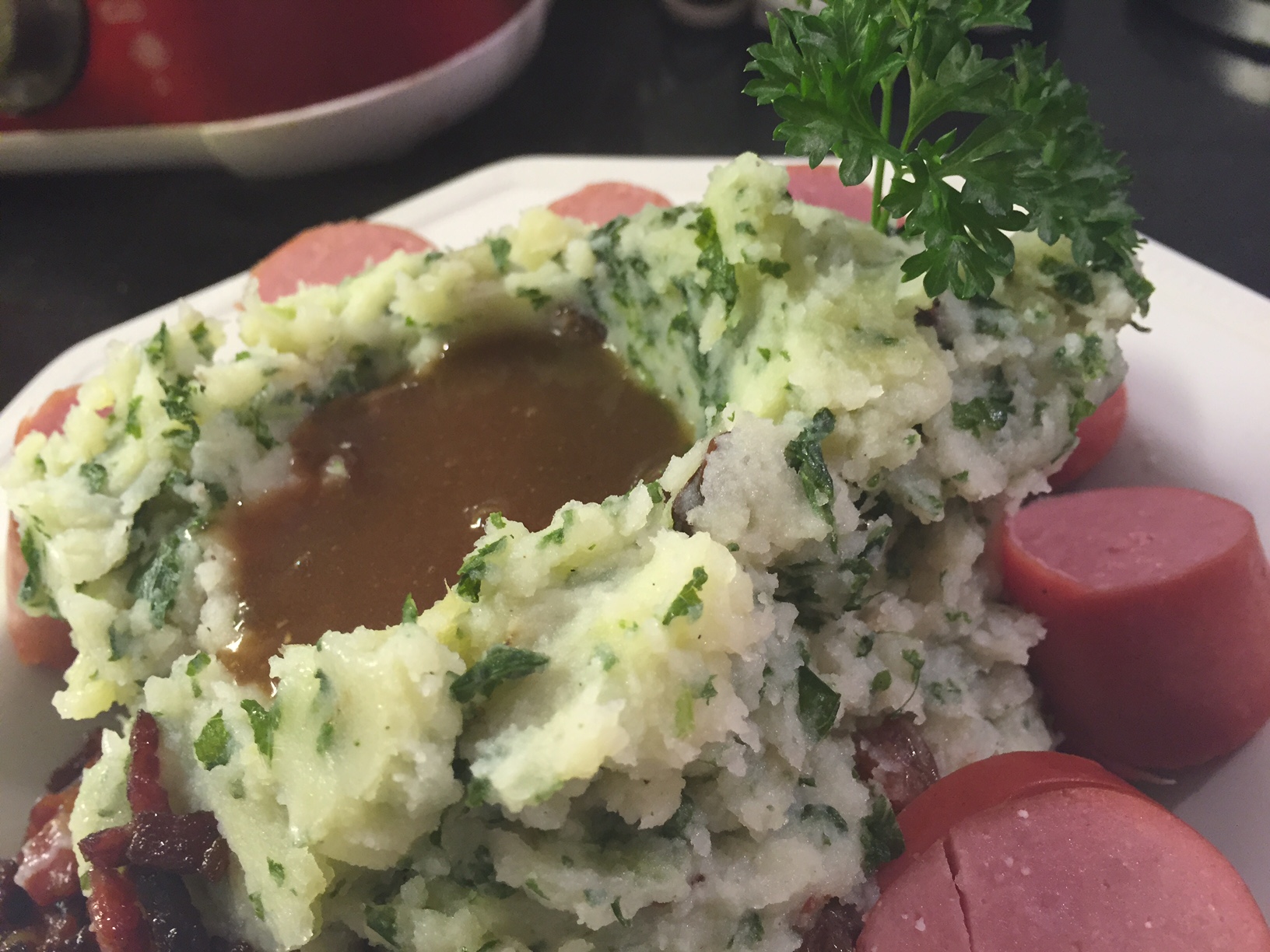 Dutch kale stamppot is a dish I make often, first because my husband is Dutch and grew up with it, and second because it’s hot, comforting and delicious! Perhaps you have tried other Dutch recipes such as a slavink recipe, or maybe you are new to this cuisine. Either way, you will find Dutch kale stamppot with sausage very simple to prepare.

You will need mashing potatoes (I use low GI Carisma potatoes because my husband is diabetic) along with kale. Those are the main two ingredients in kale stamppot, known in Holland as boerenkool stamppot.

In addition, I recommend some smoked sausage, known locally as rookworst. This has a similar texture to a thick frankfurter. Use another kind of sausage if you prefer, or even franks if that’s all you can get where you are, but look out for the typical Dutch rookworst sausage, because I can’t imagine a better match than stamppot and rookworst! Yes, the sausage really makes the Dutch kale stamppot what it is.

Some crispy bacon makes a nice garnish too, although that’s optional in this Dutch kale stamppot recipe. The potatoes and kale are drained and mashed with butter, salt, pepper and a splash of vinegar if you like. I like to add raisins too but that’s optional.

Other Types of Stamppot 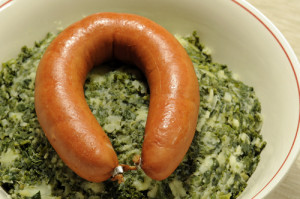 Sometimes I make another kind, perhaps with zuurkool (sauerkraut) instead of the kale, or with chopped cooked beets instead. Another version, known as hutspot, is made by mashing potatoes with carrot and onion. This is really hearty food and if you like Dutch kale stamppot you should enjoy it.

Although if you are used to spicy food you might find it a bit plain, you can serve spicy mustard on the side to liven the flavor of this Dutch kale stamppot up a little. I like ketchup with mine which is very un-Dutch, but then again so am I. Take this recipe, make your own tweaks and adjustments and see what you come up with.

Be careful not to get the mash too wet though when making Dutch kale stamppot. You shouldn’t need to add any cooking water or milk to it, just a couple of tablespoons of butter. Last time I made this recipe I didn’t peel the potatoes either. Carisma are thin-skinned so you can’t taste it in the finished dish, but that is different with other potato varieties so use your own judgment.

Why You Should Make Dutch Kale Stamppot Today

This is a very easy Dutch kale stamppot recipe and if you know how to mash potatoes, you can make stamppot. I use a potato masher to combine the ingredients because it leaves a few vegetable chunks in there. If you don’t mind a more pureed result you can use an immersion blender or food processor instead. 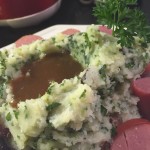 Potatoes and kale are mashed together in this Dutch recipe. This is traditionally served with crispy bacon and smoked sausage. It is a real winter warming, offering comforting, heavy flavors. 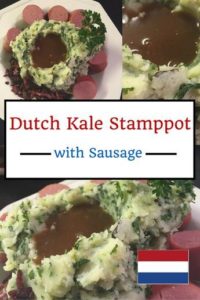