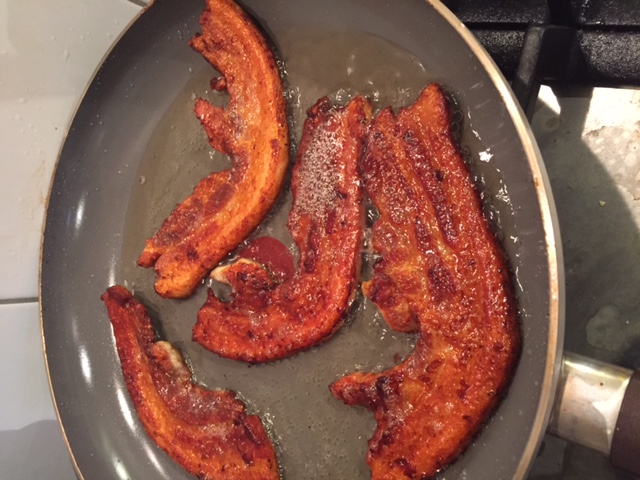 The best way to cook these is in a little oil. Get the oil hot in a skillet or frying pan, then add the speklapjes in one layer and fry them. You will see them turn golden brown and crispy. Flip them halfway through  cooking so they cook evenly on both sides.

You can then toss them in your favorite Asian sauce and serve them over egg noodles or egg fried rice, or else have them over mashed potatoes with gravy, or just serve them as they are with your chosen side dishes.

You might like to crumble some over a stamppot recipe as well. That’s how simple it is to prepare a Dutch speklappen or speklapjes recipe which the whole family will enjoy.

Learning how to cook speklapjes is very easy, and if you are new to the Netherlands and wondering what on Earth to do with them, the easy answer is just fry them in a skillet in a little oil until crisp and then add your preferred sauce and sides.

You can get ‘barbecue speklappen’ as well. These are just pork belly strips cut thinner so they cook quicker on the grill or regular ones which are simply thicker cuts that cook the same, as long as you cook them until golden brown. 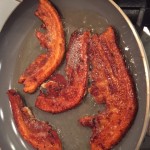 Speklappen, also known as speklapjes, are thinly sliced pork belly. You can pan-fry them in oil until crispy and tender, then serve them with gravy or sauce. Speklappen are great served in spicy sauce.

Speklappen are used to make babi pangang which is a famous Indonesian dish much loved by the Dutch. You can also fry them until crisp, then serve with mashed potatoes and your favorite green vegetable, along with some gravy or au jus of choice.